Following collecting and research by Kelly Richards, this paper by the TW:eed team describes a recently discovered locality which yielded a new and rich fauna of Early Carboniferous sharks' teeth in Scotland. The locality was first found by the late Stan Wood in 2006, and later explored by members of the TW:eed team. The rocks have been dated to late Tournaisian/early Viséan. Although faunas of this age containing sharks' teeth are found in several other parts of the world, only one other is known in the UK from this time period that produces more than one genus. That locality is in the Avon Gorge, and some of the teeth from there are compared with those in our paper. 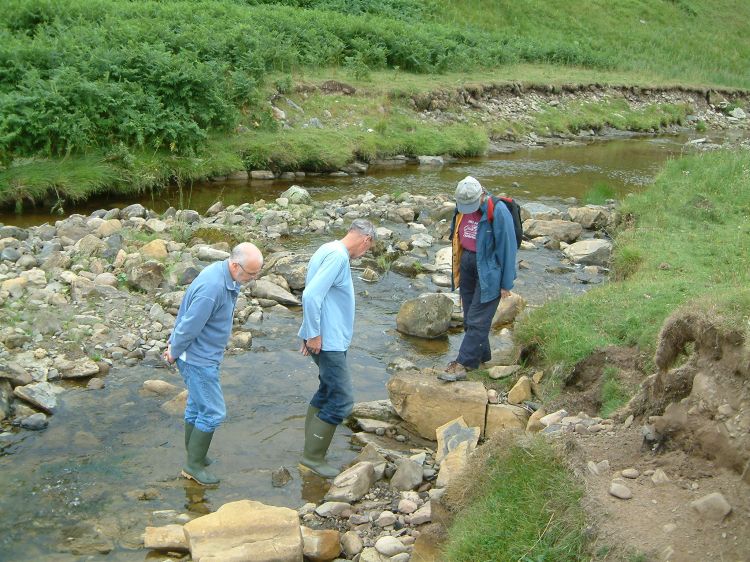 Our locality was found along the banks of the Whitrope Burn where the Tournaisian Ballagan Formation is exposed. Just north of the border with England, the environment it represented is thought to be a small lagoon or lake, which at different times was connected to the sea or was flooded by sea-water. The team made a sedimentary log of the rock sequence, noting where in it the teeth were found. As well as the sharks' teeth, the fossils found included rarer bones and teeth of ray-finned fishes and rhizodonts, a lungfish tooth plate that we previously described as a new species, Ctenodus whitropei, a couple of tetrapod elements, shelly material of ostracods and marine worms, and plant material.

Once in the lab, the slabs of rock containing the teeth were prepared by a combination of techniques. The limey mudstone matrix allows the rock to be dissolved by dilute acetic acid, leaving the teeth behind. These are then washed thoroughly to remove any remaining acid, and the residue sieved to collect the smaller teeth. Other teeth are removed from the rock by hand using a mounted needle to pick off the rock grains. Yet others can be seen only by the use of a micro-CT scanner.

Some of the crushing teeth we found. © Copyright Kelly Richards 2018.

"Sharks", more correctly, chondrichthyans, were the dominant type of marine fish in the Early Carboniferous. The ray-finned fishes, dominating the waters of the modern world, were then much rarer, and were generally of small body size. The "sharks" whose teeth are described in our paper, were much more closely similar and related to the modern holocephalans - chimaeras or rat- or rabbit-fish, that today are largely confined to deep marine water. Their teeth are not like those of more typical sharks, with mouthfuls of sharp pointed teeth, but were adapted for crushing hard-shelled prey. A few of the more typical teeth, belonging to the larger, more conventional group of sharks known as elasmobranchs, were found by our team, but were much rarer, and usually much smaller.

We found a total of 21 different kinds of teeth, plus one kind of fin spine and one kind of skin denticle. One of the teeth is a new genus and species, which we named Whitropus longicalcus, and another is a new species of a previously known genus. Of the rest, seven genera were identified in the collection, and some or all of these may also be new species, but the sample is not large enough to be sure. This makes our new locality the second most diverse sample of Tournaisian sharks' teeth anywhere in the world, second only to that of the Avon Gorge. The Whitrope Burn fauna is particularly diverse in terms of the holocephalans, including at least four different families. In fact, the individual taxa found there are not for the most part those seen in other UK sites, and suggest that our locality was somewhat isolated from others, with its own character. 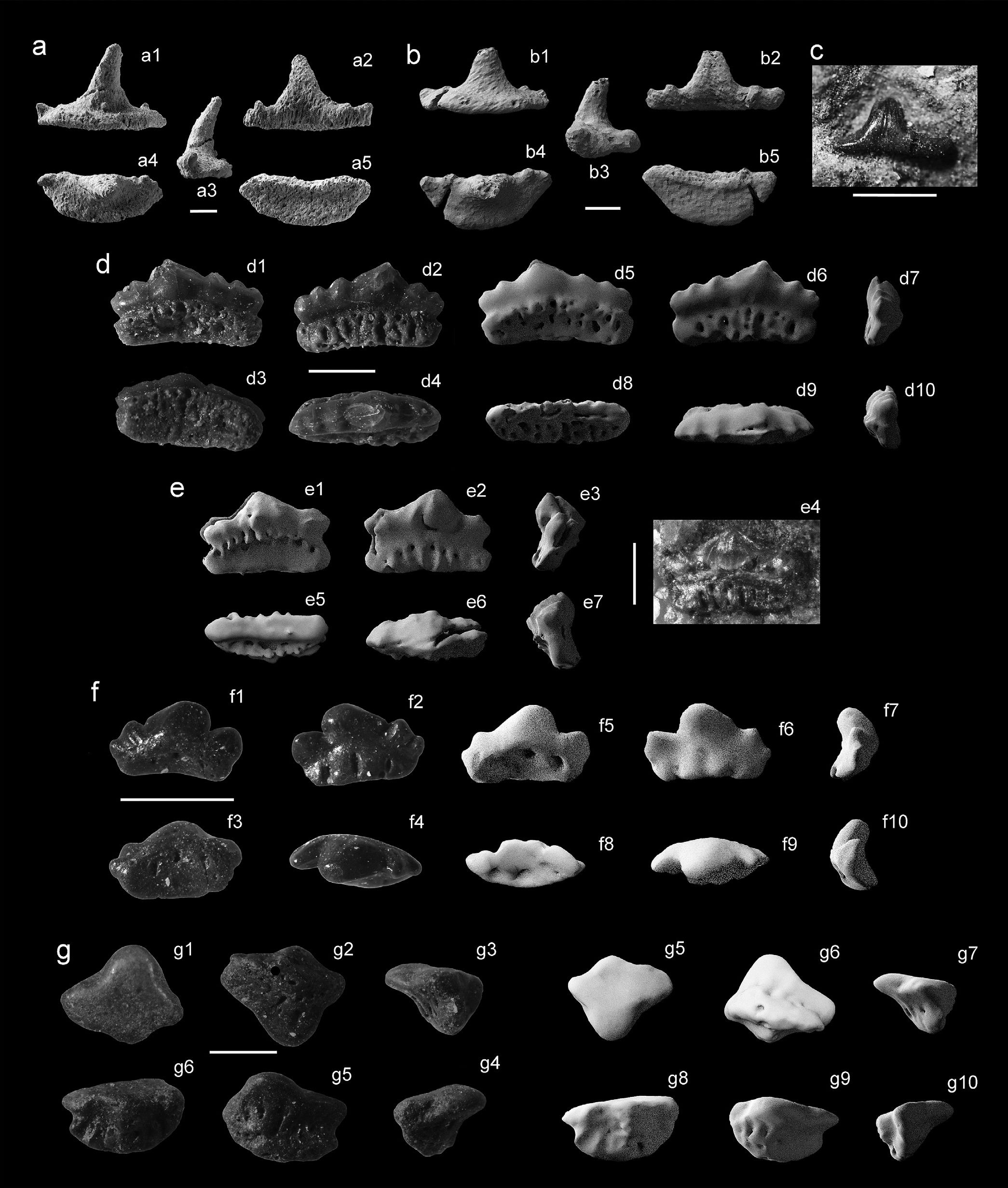 The high number of species with dentitions adapted for crushing prey and hard-shelled food items suggests some kind of change to the invertebrate fauna present at the time. A similar trend towards crushing dentitions has been found in the late Tournaisian and through the Viséan among ray-finned fishes and lungfishes. It may coincide with a faunal turnover among crinoids, in which a decline in those forms vulnerable to crushing is also seen. Faunal changes such as this may be one kind of evidence to suggest a gradual recovery following the end-Devonian Hangenberg event extinctions.

This project points out the importance of exploring for new localities for finding fossils. It shows that such discoveries can alter perceptions of patterns of evolution and the conditions of life in remote times.

Although the paper is Open Access, I can't manage to see the whole thing in the Cambridge Core. All I can see is the Abstract and References. Hope you have better luck! https://www.cambridge.org/core/journals/earth-and-environmental-science-transactions-of-royal-society-of-edinburgh/article/diverse-and-durophagous-early-carboniferous-chondrichthyans-from-the-scottish-borders/2F94665815191C282145B5A0373D2A6E