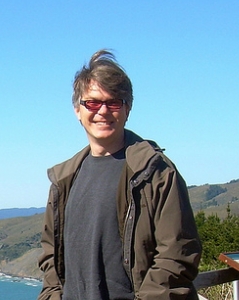 Jason Anderson is Associate Professor of Veterinary Anatomy in the Faculty of Veterinary Medicine at the University of Calgary. Research in Dr Anderson’s laboratory covers a wide range of topics, including the origin of modern amphibians, early amniote evolution, the early evolution of ichthyosaurs and, rather inevitably, the large herbivorous dinosaurs of Southern Alberta. He is working on some of the Blue Beach material. 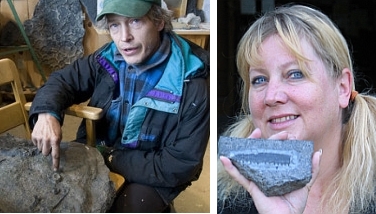 Chris Mansky (researcher and curator) and Sonja Wood (owner) of the Blue Beach Fossil Museum, which houses a great deal of early tetrapod material which they collected at Horton Bluff, near Hantsport, Nova Scotia. The specimens belong to the province of Nova Scotia. 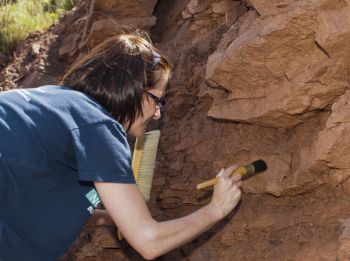 Deborah Skilliter is Curator of Geology at the Nova Scotia Museum in Halifax and is responsible for the provincial geological and palaeontological collections, including the Horton Bluff material housed at the Blue Beach Fossil Museum.