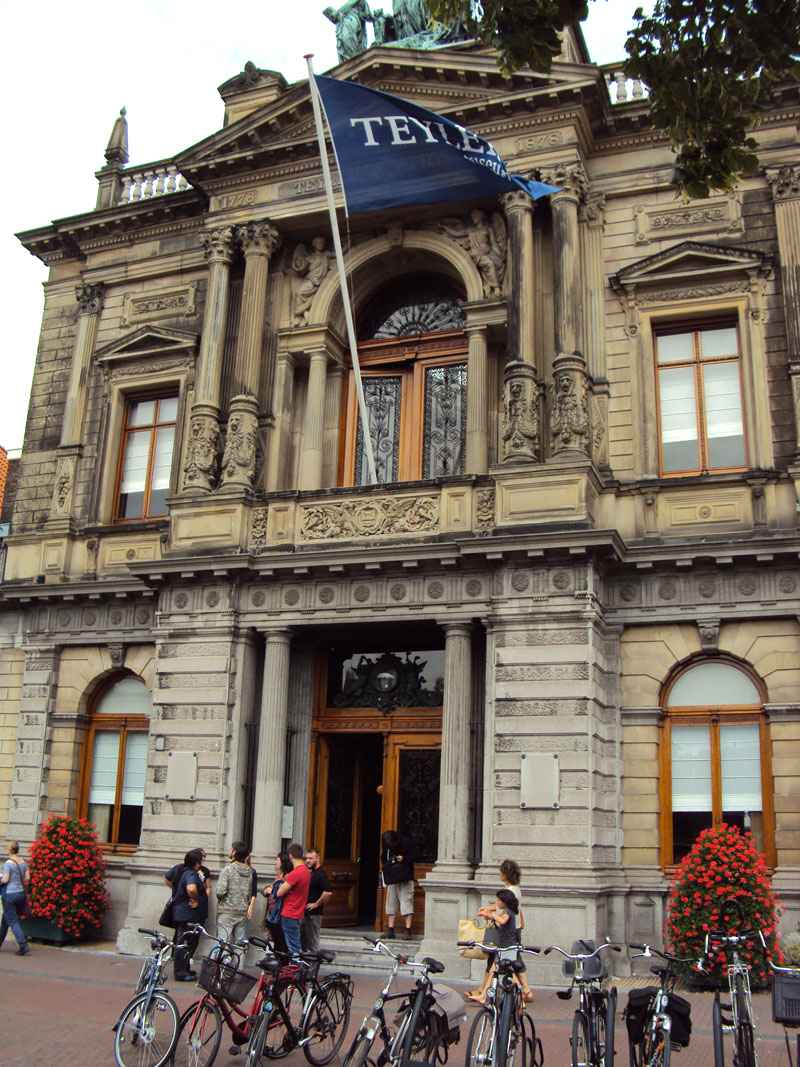 Last week, some members of the TW:eed Team were in Holland for the annual meeting of the European Association of Vertebrate Palæontologists. The conference was held at the Teylers Museum in the lovely mediæval town of Haarlem, west of Amsterdam.

As well as the usual eclectic mix of talks on all aspects of vertebrate palæontology, the meeting included a number of themed symposia. Jenny Clack and Tim Smithson from the University of Cambridge had been invited to take part in one entitled ‘Early Tetrapods Awaken’.

Jenny described some of the features of the limbs and braincase of the tetrapods we have found in the Ballagan Formation that distinguish them from the earliest tetrapods found in the Devonian, and she suggested that these innovations may be linked with a more terrestrial way of life.

Tim reviewed the sedimentology and palæogeography of our sites in the Tweed Basin and argued that localities with similar conditions elsewhere in the Carboniferous would be a good place to look for new early tetrapods.

They were joined by Tom Challands from the University of Edinburgh, who described some of the new lungfish material we have been finding in the Borders Region of Scotland, and explained how it reveals an increase in evolutionary rate in lungfish immediately following the End Devonian Extinction Event. 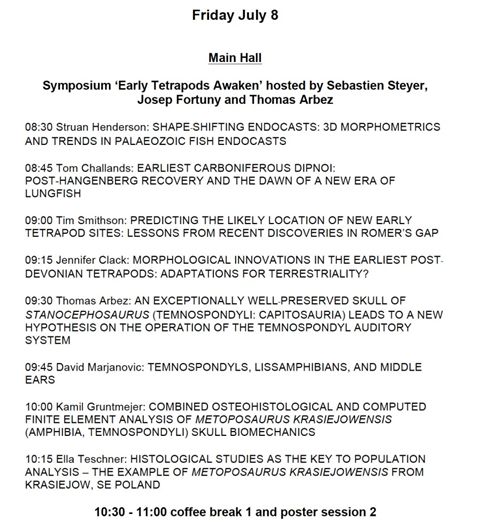 The meeting also included a symposium entitled ‘Fossillegal’ which explored the ethics of fossil collecting, international legislation governing the export and trade in fossils and the ethics of publishing on privately-owned material. It was a lively session and raised a number of important issues for palæontology. It was reassuring that the TW:eed Project is following best practise, working with land owners and government agencies and ensuring that all the material we collect is registered in museums so it will be available to researchers in the future. 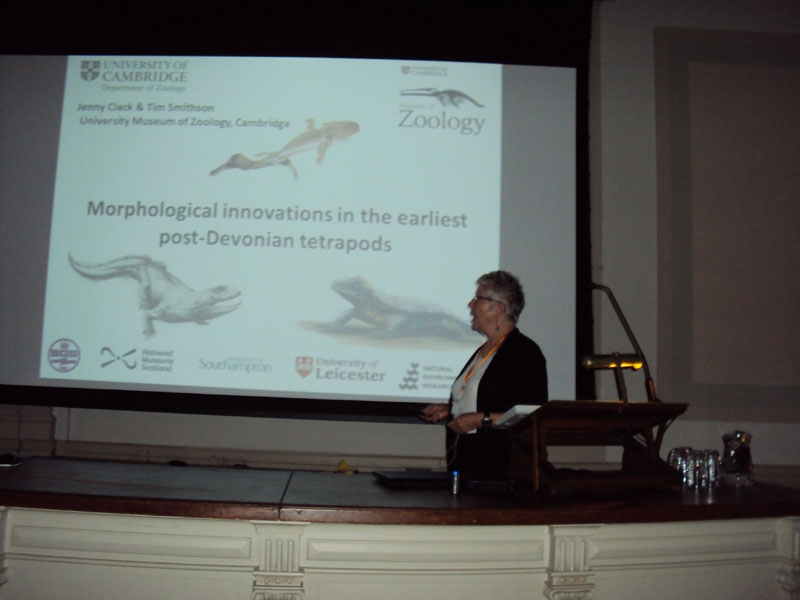 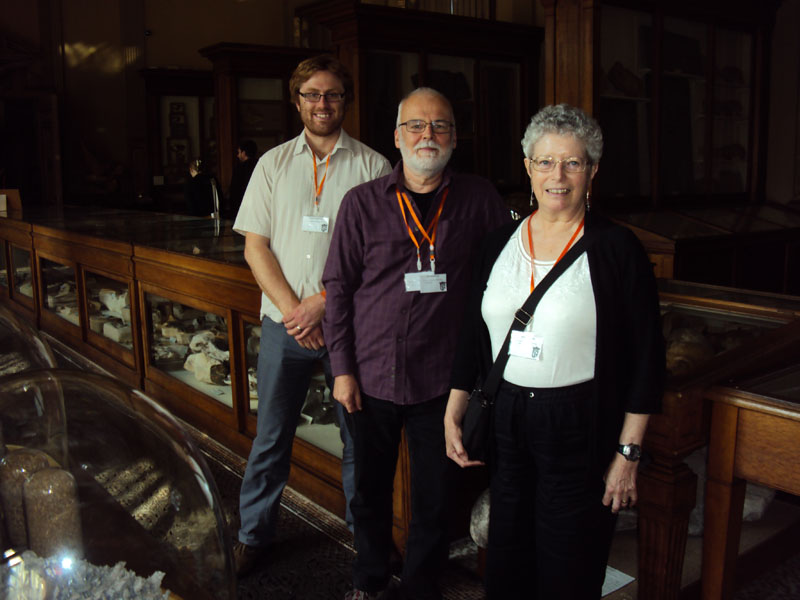 Jenny, Tim and Tom in the Teylers Museum before the Conference Dinner. © 2016, Leslie Agar. 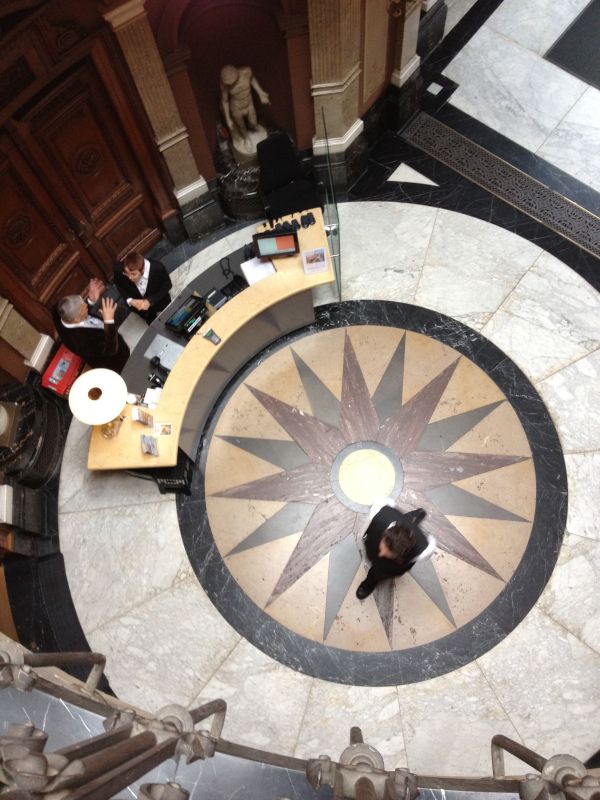 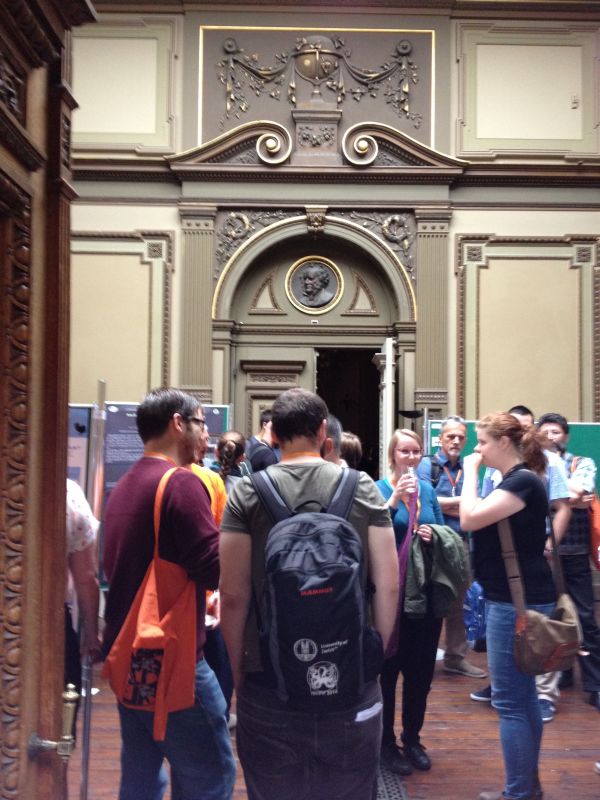 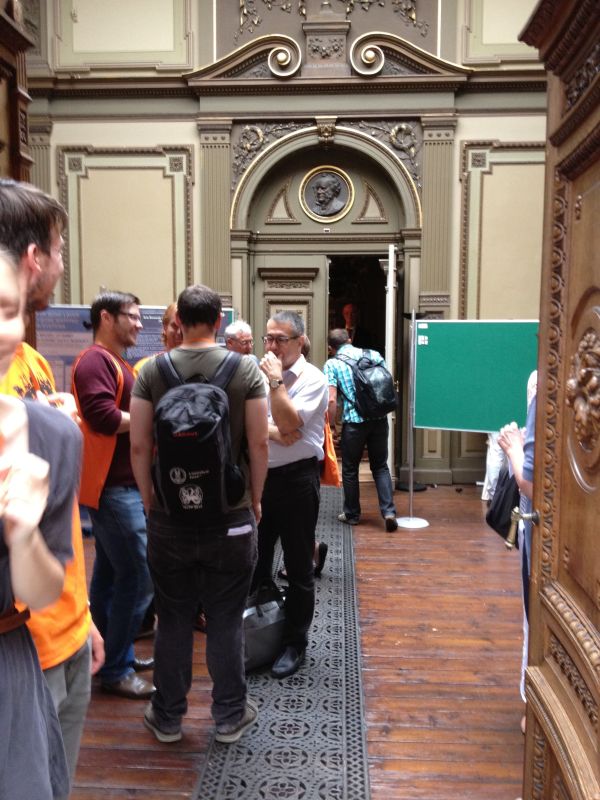