The Cambridge team is working in the Palaeontological Framework, focusing primarily on the vertebrates, with a view to understanding the ways they evolved between the end-Devonian extinction and the end of Romer’s Gap. 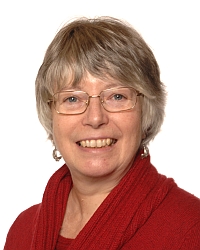 For over 20 years, Jenny Clack made major contributions to early tetrapod palaeontology, especially disovering, describing and analysing new and recently prepared material from the Late Devonian and Early Carboniferous periods. This work changed perceptions about the evolution of tetrapod limbs, breathing and hearing, and is now included in standard biology text books. In 2008 she was presented with the Daniel Giraud Elliott medal by the National Academy of Sciences, USA, and in 2009 she was elected a Fellow of the Royal Society and Foreign Honorary Member of the American Academy of Arts and Sciences. In 2013 she was awarded an Honorary Doctorate by the University of Chicago and the T. Neville George Medal by the Geological Society of Glasgow. In 2014 she was made a Foreign Honorary Member of the Royal Swedish Academy of Sciences, and awarded an honorary doctorate by the University of Leicester. In 2015 she was awarded the Palaentological Association's most prestigious award, the Lapworth Medal.

Jenny talks about the project on the University web site - scroll down to Evolution of Terrestriality.

Jenny was the subject of a 2012 BBC4 documentary in the Beautiful Minds series. You can watch this on YouTube. It has Spanish subtitles, but the soundtrack is the original English.

In 2015, Jenny was diagnosed with endometrial cancer. Following extensive treatment, she died on 26th March, 2020, in Addenbrooke's Hospital, Cambridge. She is buried in the Arbury Trust Woodland Cemetery, near Cambridge. 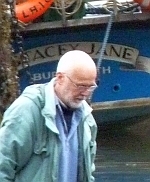 Tim Smithson (Post-Doctoral Research Associate) has been the main instigator of exploration of localities in the Borders Region of Scotland, specifically targeting the Tournaisian (Lower Carboniferous) deposits. His success follows 20 years of prospecting. He combines his extensive knowledge of the geology and palaeontology of the region with a previous academic record of description and analysis of Early Carboniferous tetrapods.

Tim is currently studying the lungfish which have been found, of which there are several taxa, and working with Jenny on the tetrapods. 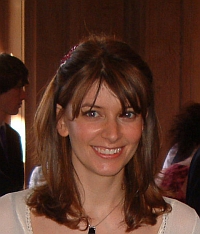 Roz Wade is Education and Outreach Officer in the Museum and works with the National Museums of Scotland consortium members on exhibitions and other aspects of public outreach.