The BGS team has completed the drilling programme and is working on the Stratigraphical and Isotope Frameworks.

David Millward has been a geological surveyor for 35 years, for the last ten of which he has led the BGS mapping and stratigraphical interpretation programme on the Carboniferous of northern England. He has collaborated with Professor Melanie Leng on interpretation of carbon and oxygen isotope records in the Carboniferous of the UK. He has extensive experience of deep drilling programmes, including the recent Newcastle deep geothermal drilling project. He is a Chartered Geologist and is a John Phillips medallist (2009) of the Yorkshire Geological Society, awarded for his stratigraphical work in northern England. 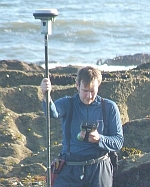 Tim Kearsey is a survey geologist with specific expertise in palaeosols and their use as climate indicators, and in stable isotopes in carbonates, gained through his PhD at Plymouth University and on a research project on the Permo-Triassic extinction event in the southern Ural Mountains of Russia.

Mike Brown worked for the BGS in Edinburgh from when he graduated from Newcastle upon Tyne University until he retired in 2010, since when he has been a BGS Honorary Research Scientist. He spent most of his career mapping Devonian and Carboniferous sedimentary and igneous rocks, and also studying the Quaternary geology and geomorphology of the Tay, Earn, Forth and Clyde valleys. He logged commercial and BGS borehole cores including some which have become key in the study of the Ballagan Formation, important to the TW:eed Project. 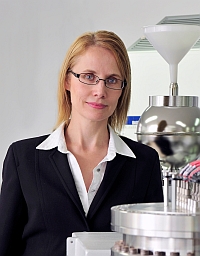