In June, 2016, Tom Challands and Struan Henderson (University of Edinburgh) and Stig Walsh (National Museums Scotland) returned to the site to excavate the rest of the specimen, having obtained permission from the land owners (Crown Estate) and Scottish Natural Heritage. This is a slightly modified version of Tom's report to them.

The in-situ specimen was originally found to the east of the harbour wall. Loose boulders containing abundant scales and parts of the forelimb were also located further south having been dislodged and moved by wave and tide action. Two concretions were initially found in-situ, containing cranial material and scales. 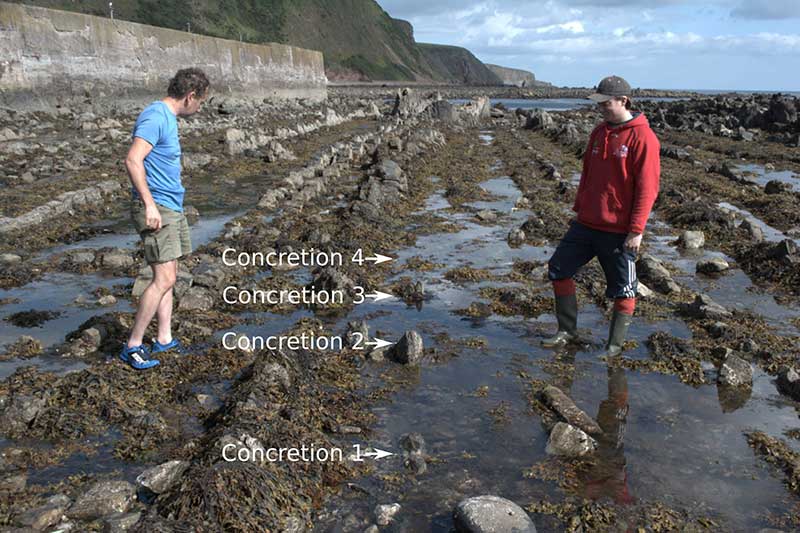 They had been given permission to use hammers, chisels and a petrol-driven rock-saw if necessary, but they started off just using their hands, and most of the time that was sufficient. 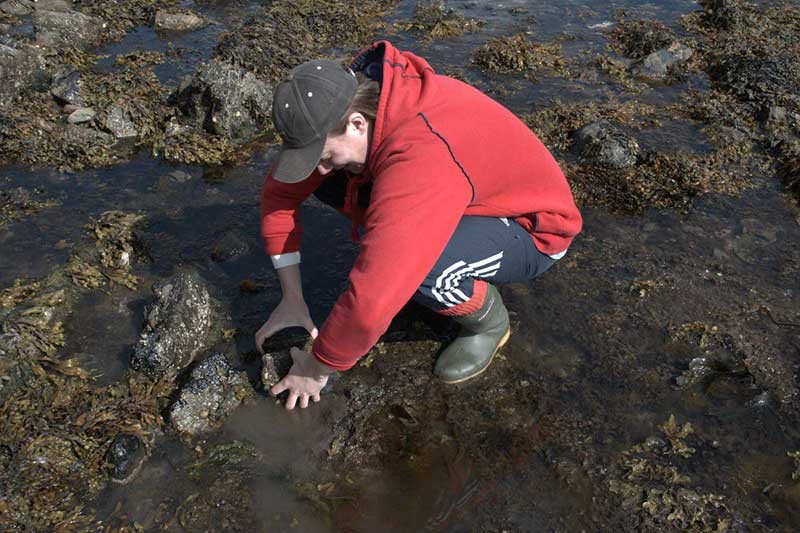 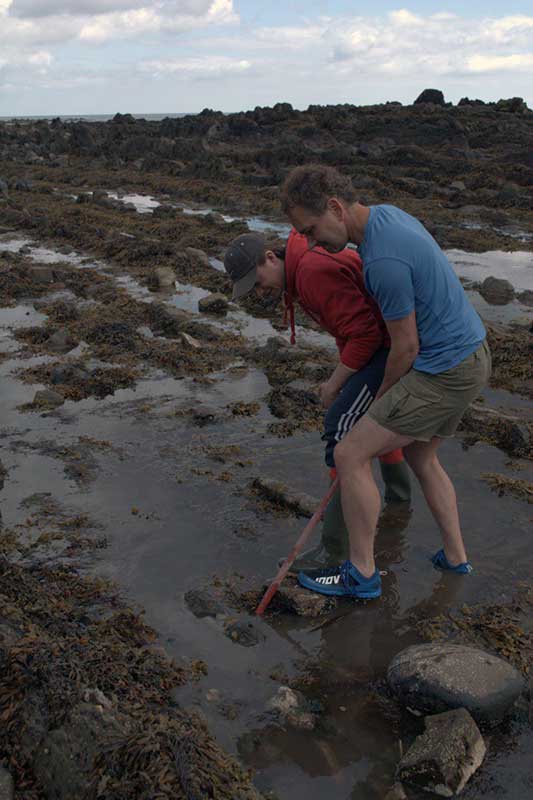 Where it was not possible to remove the concretions by hand, a long-metal rod with chisel end (a 'hooky stick') was hammered into the sediment immediately surrounding the concretions and it was levered out. They also used bolster chisels in a similar way where the concretion was not so firmly embedded. The power saw was not required.

In some cases the entire concretion could not be extracted and a few parts containing fossil material still lie in-situ. Extracting these remaining parts is not deemed practical and would require considerable water pumping and the construction of a small dam system to prevent water ingress to the excavation area. 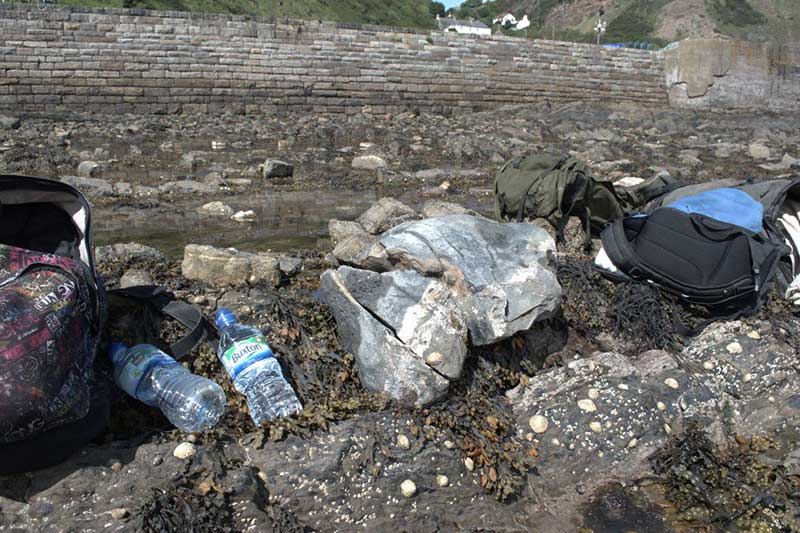 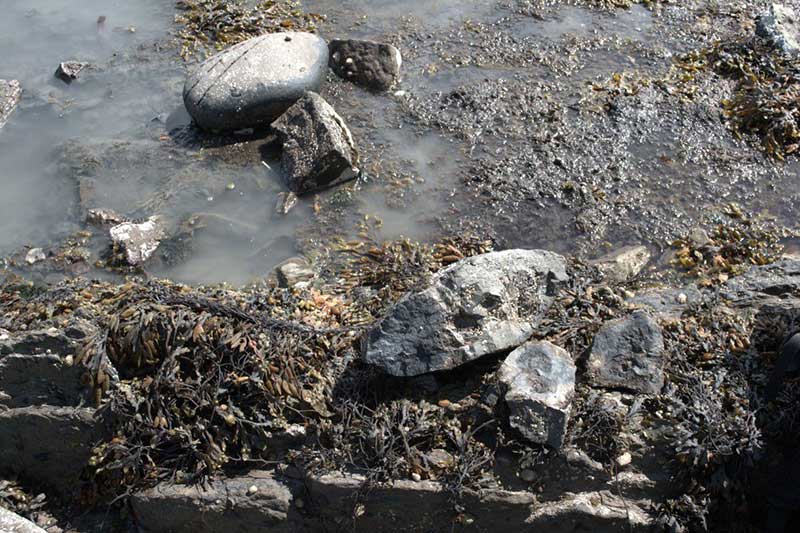 The extracted concretions were transported to the University of Edinburgh School of Geosciences where they have been cleaned and currently await study. Following preparation and study they will be accessioned to National Museums Scotland or the University of Cambridge Museum of Zoology.