Transactions of the Royal Society of Edinburgh: A new tetrapod from Willie's Hole shows an improvement to tetrapods' walking ability.

A key bone used in early tetrapods' locomotion on land is the humerus, or upper arm bone. This is because in their fishy predecessors, as they started to use the fore-fin in walking, its shape and function changed. During the fish's swiming action, the fin doesn't have to flex very much and the only joint that really moves is the shoulder joint. The rest of the bones, muscles and nerves of the fin remain essentially straight. As the animals moved onto land and began to walk however, the limb had to bend at both the elbow and the wrist. This change involved a number of important modifications to the architecture of the limb.

Early tetrapod humeri do not closely resemble those of modern tetrapods. In modern tetrapods such as reptiles and mammals, these are long-bones, essentially tubular, with joints at both ends, one for the shoulder, and two for the lower, forearm bones, the radius and ulna. Early tetrapod humeri were essentially L-shaped, broad and more or less flat. Imagine the L as broader along each arm of the L, and shorter and broader, as a really stubby L in an L-plate might look. The top of the upper arm of the L attaches to the shoulder, and the lower edge of the lower part of the L bears the joints for the radius and ulna. It sits almost horizontally with respect to the body. The lower arm of the L projects backwards. In those of later tetrapods, from the Late Carboniferous and Permian, the lower part of the L became twisted with respect to the upper, up to 90 degrees or so. The term 'tetrahedral' was used to describe those. 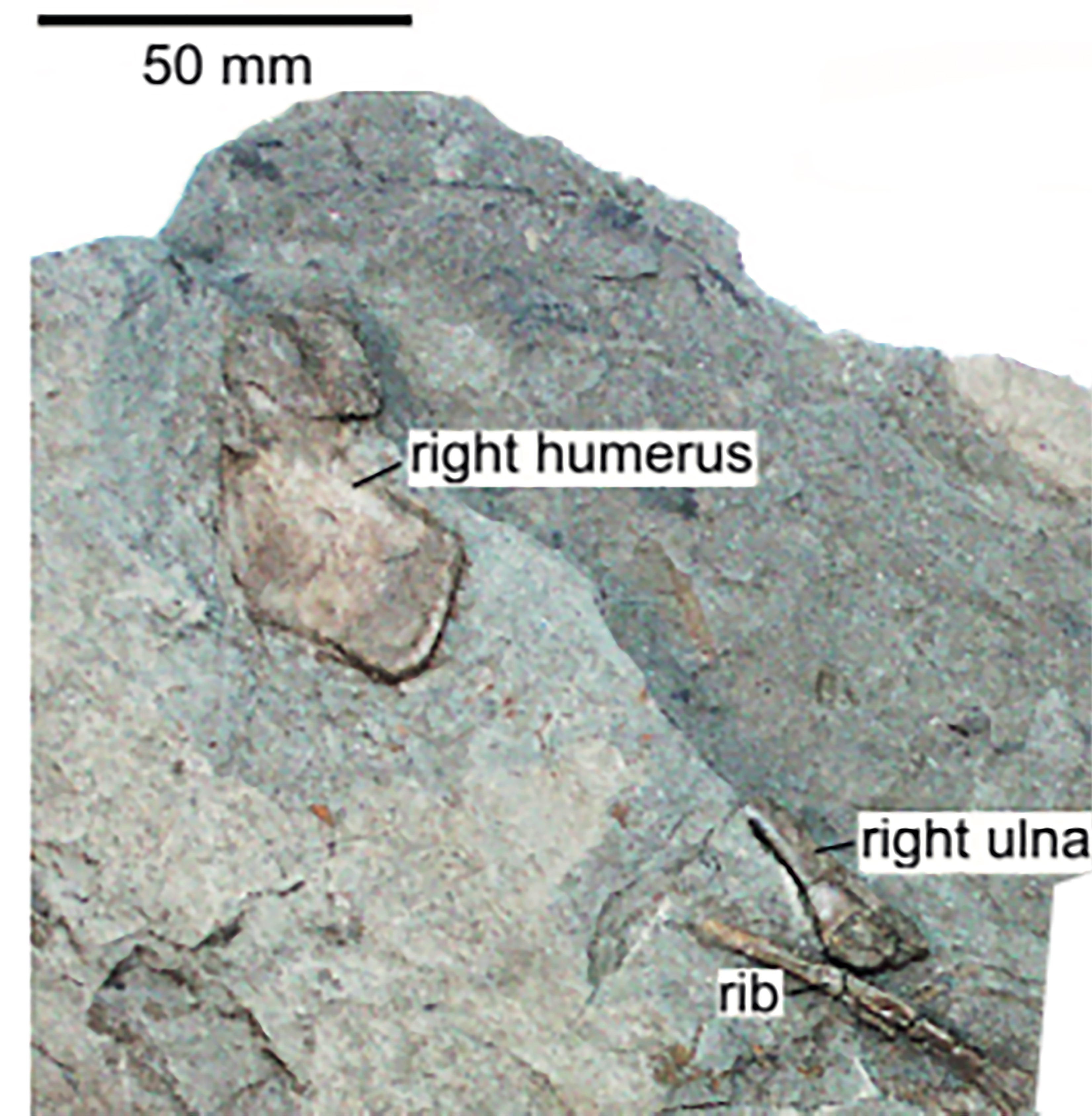 The question arose as to why that twist occurred, and how it was achieved. Our new tetrapod specimen, represented by a humerus, radius and ulna and a few other bones, shows the beginning of this twist, and we showed what advantages this could give to walking ability.

The specimen was discovered by the late Stan Wood, at the Tournaisian locality of Willie's Hole, on the River Whitadder, which is a tributary of the River Tweed. Stan found a large number of tetrapod and fish fossils at this locality, which have formed the basis of the TW:eed Project. We named the specimen Mesanerpeton woodi. 'Mesanerpeton' means 'intermediary crawler', and the species name is 'woodi' after Stan.

If you twist the humerus so that the lower part of the L is at an angle to the upper, then the course of muscles, nerves and blood vessels are disrupted and will have to change. In fishes, the nerve and blood vessels run on the underside of the bone, whereas in later tetrapods, they run from the upper surface, through the bone, back onto the underside. The angle of the shoulder joint also changes and tilts the humerus along the axis of the upper part of the L so that its tailward edge is lowered with respect to the headward side. This means that in turn the lower arm of the L is brought downward, changing the relationship of the blood vessel and nerve to the bone. They pass through the lower part of the L from front to back

Twisting the bone in this way has another, more important, consequence for the animal's locomotion. It stems entirely from the new geometrical structure of the bone. Because the lower part of the L now has a new position relative to the upper, the forearm bones are also at a new angle. They now point more forwardly than before. As the animal moves its arm forward in walking, it automatically means that the forearm bones reach furtherwards as it places its limb on the ground. That in turn brings about an increase in stride length, hence a bigger step for the animal.

Although the paper is Open Access, I can't manage to see the whole thing in the Cambridge Core. All I can see is the Abstract and References. Hope you have better luck! https://www.cambridge.org/core/journals/earth-and-environmental-science-transactions-of-royal-society-of-edinburgh/article/new-tetrapod-from-romers-gap-reveals-an-early-adaptation-for-walking/80C43A9191A8A8D7866FD0739C20A480